“An Ocean of Divinity
A Spark of Supreme Flame
In the form of a Physical Body
A Perfect Master of Higher Order
On a Mission of Mercy
To take Suffering mankind
From this World
To the Ultimate Abode.”
He, who is awakened to Supreme consciousness, can take our mind beyond five senses to realize the truth. A True Master, from the age of ten, working incessantly for the spiritual growth of million of people and playing many roles for them as a Spiritual leader, a Humanitarian ambassador, as well as a Peace advocate.

INTRODUCTION
Hazur Sant Trilochan Darshan Das Is a visionary, humanitarian leader and The Second Spiritual Successor of Sachkhand Nanak Dham. He is a true Saint in terms of Spiritual guidance and benevolence and showers immense love to all, irrespective of what strata of society they belong to.
He has listened to millions of individuals around the world and shared their sorrows and anxieties. He has strengthened them to overcome the miseries of day to day life. He advised and conciliates on worldly issues as well as on significant matters, such as how to achieve the state of Sunn Samadhi (the Ultimate meditation state).
BIOGRAPHY
Hazur Sant Trilochan Darshan Das is the elder son of His Holiness Mahraj Darshan Das . He was born in Batala Punjab(India) on 8th January 1978. His Spiritual journey commenced at the age of ten years in 1988. For the last 25 years Hazur Sant Trilochan Darshan Das has steered the reins of Sachkhand Nanak Dham Organization, effectively administering its Spiritual, Cultural development and Humanitarian activities. He has spread the name of Sachkhand Nanak Dham and Das Dharam around the world. Millions of people have got Guru Mantra (Naam Shabad) from Him for initiation.

SPIRITUALITY
According to him Spirituality is not an activity or program it is an inseparable dimension of life. In His discourses He quenches the Spiritual thirst of seekers of truth. He instills in their hearts the Love of God and desire to return to their true home. He emphasizes on meditation upon a Holy Guru Mantra( Naam Shabad) as it is a necessary device for those who wish to obtain enlightenment and attain the state of ‘Sunn Samadhi’.
SERVICE AND SOCIAL PROGRAM
Sant Trilochan Darshan Das has consistently emphasized over the requirement to reinforce human values and identify mankind as our topmost identity. He works to promote the path of Humanitarianism. He prominently assertes to see God in every individual and extendes hand to help him. The power of his message has inspired a wave of selfless service based on spirituality through a huge body of volunteers who drive their activities forward in critical areas around the globe.
PEACE INITIATIVES
His Holiness wants the progression of humanity of all nationalities so all could work for the betterment of the society and have a peaceful world. His work has touched the lives of millions of people going beyond the barriers of race, nationality and religion with the message of “One World Family”. He has shown that a peaceful and a non-violent Society can be created through service and by inculcating the moral values and ethics.
CULTURE AND CELEBRATIONS
To His Holiness Sachkhand Nanak Dham is an integrated Whole and a closely woven Garment of many colors and cultures of people so he emphasized to celebrate festivals and important holy events with great vigor and rejoice. He encourages the Youth to imbibe the rich cultural and religious values in their lives.

WISDOM
His vision is to implant the seed of enlightenment in every single being and encompass the whole world in a channel of togetherness. According to him one Who Serves his Fellowmen with Love, Humility and Patience, who seeks no recompense shall find divine grace and union with the Lord 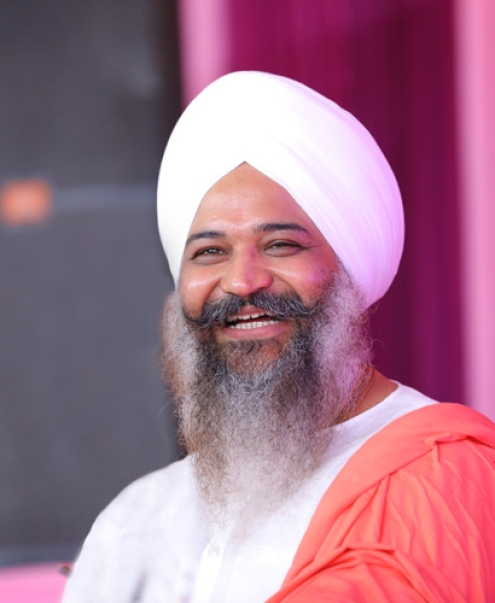 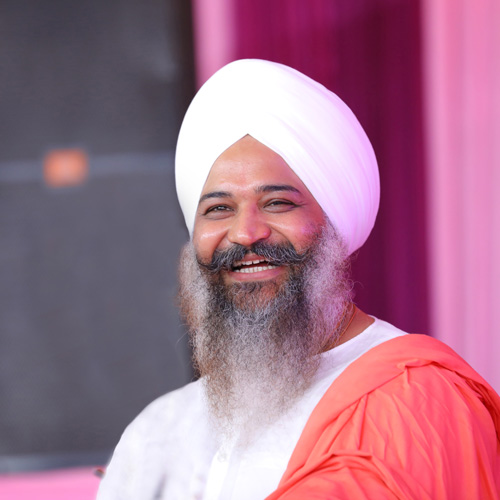